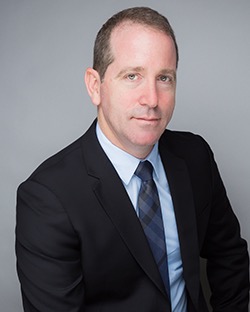 Lee Friedland devoted his legal practice to service.聽 He began as a prosecutor in Dade County handling career criminal matters and dealing with hardened criminals accused of the most serious of offenses.聽 Lee prided himself on taking those matters to trial which warranted full prosecution and assuring charges brought in error were dropped and those falsely accused enjoyed the rights guaranteed to all under the law.聽 During his employment with the State, Lee lectured at the police academy, not about arresting and detaining; but rather the true meaning of probable cause and how to preserve the safety of the community while assuring the rights of citizens are not destroyed.

Lee then worked for several years defending hospitals and doctors when accusations were made concerning medical malpractice.聽 This intensive training in medicine would serve Lee well. In later years, when he would represent those injured and hurt through the actions of another.聽 Lee assisted in jury trials learning the nuances of the practice.聽 In 1999, Lee began working for those who were injured thought the negligence of others including automobile negligence, premises liability, medical negligence, employment discrimination and harassment, civil rights violations, and any other legal matter which pitted the individual against large corporations, businesses, or insurance companies.聽 Lee tried cases in many jurisdictions and States resulted in jury verdicts for the injured.聽 He aggressively litigated matters in State and Federal court all over this country.聽 Lee devoted a portion of his practice to defending individuals against banking abuses in the course of real estate transactions. 聽His firm began taking on Bankruptcy cases during the economic crisis of 2008.聽 He opened a title practice and began defending small business in contractual disputes with large corporations or government entities. He filed and prosecuted successfully diverse matters from negligent security, adverse possession, Fair Credit Reporting Act, police abuse, ADA and medical malpractice cases.聽 No case is either too big or too small for Lee to fight for what is right.聽 聽Lee is always insuring the firm is striving for the best representation possible for their clients.

Lee is or was a member of the Academy of Florida Trial Lawyers, American Bar Associations, Broward Bar Association, Florida Academy of Criminal Defense Lawyer, and Dade County Bar Association.聽 He is a member of the Florida Bar, Southern and Middle District of Florida, and United Stated Federal Court of Claims.聽 Lee began taking on Criminal Defense matters in State and Federal Court again in 2004 and since that time represents those accused of wrong doing in criminal court throughout the State of Florida.聽 He demonstrates zeal and aggression against the State as it seeks to deprive his clients of liberty.聽 聽Lee is married to his wife Mirelly and has six children all of whom bring a particular joy to his life.聽 His passion is chess, college sports, politics, reading, and his wife.聽 Most importantly, Lee is reinvigorated with his love of the practice of law which expresses itself in his work every day.