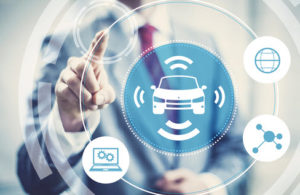 Many have heard about the (sometimes fatal) accidents that have occurred in automated vehicles:聽 For example, the Google self-driving car that got in an accident after taking a red light; and yet another (fatal) crash which occurred while the automated driver-assist system was operating, etc. Still, current Federal Motor Vehicle Safety Standards do not address these new technologies in terms of ensuring safety on the roadways. As a result, the U.S. Department of Transportation finally issued a federal policy for these automated vehicles, providing a set of guidelines for safety testing and deployment of the new auto technologies which will hopefully improve safety for everyone on the road.

Specifically, the policy sets out a plan composed of four key parts:

These types of standards can take many years to develop and are often only put into effect after the new technology has already been used significantly in the market. USDOT is hoping that, in this particular instance, more transparency will be available to the public as this technology becomes more mainstream. The Department has announced that it will be seeking public comments in response to the established policy and will update the policy annually based upon these comments.

The National Highway Traffic Safety Administration also released a final enforcement guidance document clarifying its authority as it applies to the automated vehicles, emphasizing that any self-driving systems that fail to adequately take into account the possibility that a distracted driver-occupant might fail to take control of the vehicle may be defined as an unreasonable safety risk and thus may be subject to recall.

Fort Lauderdale Car Accidents Lawyer Who Cares About You

Whether or not a car features self-driving technology or not, auto accidents happen all the time in and around Fort Lauderdale. Regardless of how carefully you are driving, other drivers (and technology) may make an accident inevitable. If you have been involved in a car accident due to the negligence of another or a manufacturer鈥檚 mistake, it makes sense to seek the guidance of an experienced car accident lawyer. Contact Friedland & Associates for a free consultation and we can get started helping you.