Another Cosmetic Procedure Incident in Florida, This Time Ends In Death 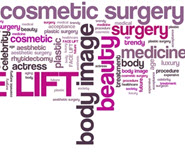 Florida is a popular destination point for certain cosmetic procedures; in particular, one known as a Brazilian butt lift, which involves lifting fat from certain areas of the body such as the abdomen, hips, thighs, and/or back through liposuction and placing it in the patient鈥檚 butt in order to manipulate its size and shape.

However, that鈥檚 not to say that these procedures are without risk: Recently, a woman died while having one of these procedures done here in Florida at a medical center, and the doctor performing it鈥擠r. Osak Omulepu鈥攚as already under investigation for incidents related to performing this same procedure on several other patients.

A Doctor with a History of 12 Complaints

According to Florida Department of Health records, an order of emergency restriction of license was filed against Dr. Omulepu in February 2016. Omulepu was accused of injuring four patients in 2015 while he was with Encore Plastic Surgery, although he has had at least 12 formal complaints made against him in total. Some of the alleged mistakes that he made are quite alarming, and include such basic oversights as failure to use the correct proportion of anesthesia.

But perhaps the most obvious question in this case might be this: Why would a medical center hire a cosmetic surgeon who had 12 complaints lodged against him?

However, it is important to note that there may be other parties at fault as well: There are indications that Omulepu had been temporarily allowed to practice medicine while he was under investigation by a medical panel involved in the investigation.

In addition, reportedly, there was a violation notice posted on the door of the medical center where the death occurred鈥擲eduction Cosmetic Center鈥攊ndicating that it was closed due to emergency conditions involving a serious danger to the public鈥檚 health or safety after a code compliance investigation revealed multiple violations, including:

Omulepu鈥檚 previous clinic, Encore, has had a lawsuit filed against it by the family of Heather Meadows, who died after undergoing the Brazilian butt lift procedure there in May. The lawsuit alleges that Encore failed to have adequate policies and procedures in place for dealing with the medical emergency that led to Heather鈥檚 death. The Miami-Dade Medical Examiner ruled that her death was due to a fat embolism, which can occur when fat is injected too deeply into the body, hitting the blood vessels. When fat gets into the bloodstream like that, it can cause someone to stop breathing, and send the patient into cardiac arrest.聽

If you or someone you love has suffered due to cosmetic procedure negligence, contact Friedland & Associates to find out how we can help. We have extensive experience in handling claims against cosmetic surgeons, and we are committed to achieving justice for you and your family. Contact us today–we serve Fort Lauderdale and surrounding areas.