In 2012, the Broward County bus system had 316 buses that traveled over 13.7 million miles. Fort Lauderdale has many residents and tourists that rely on the bus system. But the system isn鈥檛 without fault. There are bus accidents, and those accidents can have serious consequences.

Much like victims of car accidents, victims of bus accidents can seek compensation for damages. However, the process tends to be more challenging. Because bus accidents often involve government entities, the claims process is different. You could encounter much resistance as you try to seek justice. Here at Friedland and Associates, our firm understands the legal complexities that come with bus accident claims. We want to take on your case and fight for your rights.

Who Is Most Affected by Bus Accidents?

When a bus accident happens, there can be multiple victims. First, there can be victims in other vehicles. A bus accident could put the drivers and passengers of other cars in danger. A bus driver could change lanes without looking and sideswipe a car. If the bus driver ignores a red light, they could T-bone another car in an intersection.

Unfortunately, a car doesn鈥檛 have much protection against a bus. The large size of a bus makes it a forceful object in a collision. Although cars have features to minimize damage in accidents, they don鈥檛 have enough to protect passengers from a bus crash.

The people on the bus can also be at risk. On public buses, most passengers don鈥檛 wear seatbelts. In the event of a collision, they can be thrown forward or out of their seats. They could suffer from head injuries, broken bones, and more.

Even pedestrians can be affected by a bus accident. If a driver ignores a crosswalk or swerves onto a sidewalk, a pedestrian could be hit. Without anything to protect them from the impact, a pedestrian could have serious injuries. In some cases, the accident can cause a fatality.

Pedestrians, car drivers and passengers, and bus passengers all have one thing in common. They may be able to file a claim to recover damages. By working with a Fort Lauderdale bus accident attorney, you can take action against a negligent party and hold them accountable. 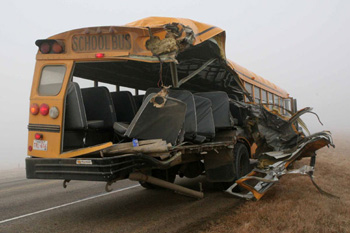 As with car accidents, bus accidents are most often caused by some type of negligence. All of the following are common causes of bus accidents:

In an effort to remain on schedule, a bus driver might drive above the speed limit. However, this is risky behavior. It鈥檚 difficult to control a large vehicle at a high speed. The bus could turn over during a turn or fail to stop in time for a red light.

In any vehicle, distracted driving is dangerous. But it鈥檚 even more hazardous in a bus. If a bus driver is too busy dealing with a passenger to watch the road, they could end up in a collision. The same is true of a driver who is on their phone or distracted by something else.

This problem is most common with drivers who work for long-distance bus companies. If a bus driver doesn鈥檛 receive enough rest, they could fall asleep at the wheel.

Driving while drowsy can be just as dangerous as driving while drunk. For that reason, there are laws in place that require drivers to receive a certain amount of rest. Some drivers or bus companies ignore those laws and put others in danger.

Faulty Parts and Lack of Maintenance

What Damages Can You Recover From a Bus Accident? 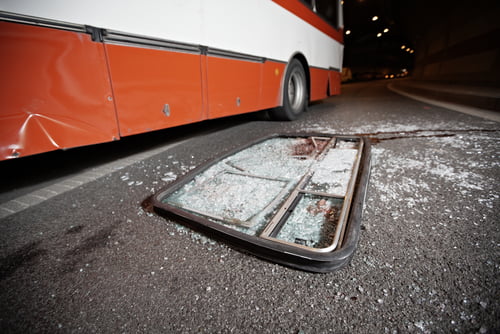 In Florida, all drivers are required to have PIP coverage. If you鈥檙e driving your own car and are involved in a bus accident, you may need to go through your own insurance company. This is because the state has no-fault laws, which mean some accident victims can only obtain compensation through their own insurance.

Usually, this is the case when you are liable for the accident, or when the injuries are minor. Typically, your PIP coverage should cover some of your medical bills and some of your lost wages.

A lawyer can help you receive damage for all of the following:

Who Pays Your Damages?

Your personal injury claim needs to be against the negligent party. But this doesn鈥檛 have to be the bus driver. Every bus accident is different, and your collision could be caused by one of several individuals or entities.

For instance, another motorist could cause the accident. If a driver ignored the rules of the road and was the cause of a multi-vehicle accident involving your vehicle and a bus, you could sue them for their actions.

You could also hold another party responsible. If a faulty part caused a bus to crash into you, then you may be able to file a claim against the parts manufacturer. Improper maintenance could result in a lawsuit against the bussing company.

For a successful claim, you need evidence. An attorney can gather witness testimony, photo evidence, and other documentation. If there is enough evidence to prove negligence, you can receive the money you need to recover from the incident.

Friedland and Associates can represent you in court or in your insurance negotiations. Our firm has handles bus accident claims that involve the government and other entities. We have the experience you need to get great results. Contact us today and learn more.