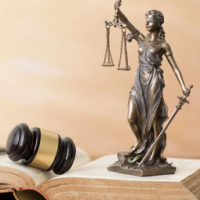 On December 8th, the United States Consumer Product Safety Commission (CPSC) announced that it was recalling “One Stop Shop” children’s pajama products due to a violation of the federal flammability standard. As reported, failure to meet this standard poses a serious burn risk to children.

While no injuries have yet been reported in association with these specific pajama products yet, it is crucial that they are recalled before someone gets seriously hurt.

For example, in September 2015, one young boy was badly burned when his fleece pajamas caught fire. Although he was standing 15 feet away from where lighter fluid was being placed on briquettes, a line of it splashed in the boy’s direction. Once his fleece pajamas caught fire, it was near-impossible to put out the burning fabric, even though the pajamas were labeled “flame-resistant.” He suffered third – degree burns on his legs and second- and third-degree burns on his arms, face, foot, and stomach when his pajamas caught on fire and melted onto his lower body. After being in a medically-induced coma for a week, he was transferred to a burn trauma intensive care unit for nearly six weeks to recover.

And unfortunately, burn injuries aren’t all that this poor child suffered from: his body—overtaxed from trying to heal from all the burns—could not get rid of liquid, and thus it swelled everywhere, causing his liver to double in size and his heart to become stressed. After awaking from his coma, he suffered from pneumonia, pancreatitis, and other infections, which allegedly caused more pain than even the burns themselves.

In order to prevent these severe burn incidents (and after there were a series of tragic accidents involving children burned by fabrics), the Flammable Fabrics Act was passed to regulate the manufacture of clothing that was highly flammable. Specifically, it enables the CPSC to issue mandatory flammability standards for children’s sleepwear, clothing textiles, mattresses and mattress pads, vinyl plastic film, carpets, and rugs.

If you or your child has been injured by a product that is supposed to be flame-resistant and/or does not conform to legal standards, contact us at Friedland & Associates today to discuss your options. Our Fort Lauderdale burn injury lawyers have helped thousands of people in Florida to obtain the compensation they need to ensure that their family is taken care of in terms of the many medical costs in their futures.