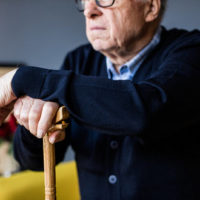 In June, Naples Daily News ran an important expose on the corruption and abuse unveiled at Florida鈥檚 largest nursing home chain, Consulate Health Care, including the Governors Creek Health and Rehabilitation facility. The story covered the conglomerate and its network of nursing homes being regularly paid by the state to provide patients with care; patients who鈥攁ccording to the 2011 federal whistleblower lawsuit that was filed by a former nurse at the facility鈥攚ere then denied that care.

Treatment at these facilities resulted in a class action lawsuit鈥攃iting dozens of these sad cases鈥攆iled against Consulate Health Care. While allegations against the conglomerate involving mistreatment and neglect have still not been decided, last year, a jury found that Consulate facilities systematically misrepresented care provided to patients and overcharged the government for medically unnecessary treatments and awarded a judgment against Consulate totaling almost $348 million.

Although currently under appeal, surprisingly, in January of this year, a federal judge in Tampa overturned the jury鈥檚 verdict reportedly because Consulate鈥檚 actions never officially triggered actions by federal and state regulators.

Consulate itself has arguably turned into a system of chapters operating in order to funnel profits to wealthy investors, while most of its patients receive government aid in the form of Medicaid for their care. The federal program reportedly pays a flat fee to the nursing home for each patient, averaging around $200 per day. In 2016 alone, the company reported $1.7 billion in operating revenue. Yet, according to the whistleblowers, this profit is rooted in a policy of failing to provide any care beyond the very basics for Medicaid recipients because this could hurt the company鈥檚 bottom line.

Regardless of size, why is enforcement so weak with regard to this network of Florida nursing homes? Inspectors with Florida鈥檚 Agency for Health Care Administration have repeatedly cited Consulate homes for mistreating and neglecting homes; citations that included very serious violations. In fact, in January, the agency threatened to close 53 of the company鈥檚 nursing homes throughout Florida. However, in April, it settled the claim, allowing the conglomerate to remain open and placing eight homes under strict state review, while keeping one home involved in litigation.

Now the Agency itself is under scrutiny for allegedly allowing poorly-performing nursing homes to remain open in spite of patient health and safety violates, including many owned by Consulate Health Care. Some of the incidents at these homes have included, for example, patients in wheelchairs being struck by cars and others with diabetes going regularly without blood sugar tests.

If you or a loved one was injured at a Consulate Health Care facility or other nursing home in Florida, contact our Fort Lauderdale nursing home abuse lawyers at Friedland & Associates today to find out how we can help.