Lawsuit Alleges That Clinic Was Negligent In Cosmetic Procedure 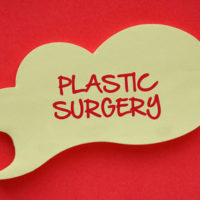 Just like during any other surgery, things can sometimes go wrong during cosmetic surgery. Sometimes, due to negligence on behalf of the medical health professional, a patient can be injured or disfigured during the procedure. And sometimes, that same negligence can even result in the patient’s death.

Unfortunately, that was the case for one family whose loved one died after complications during plastic surgery earlier this year. The lawsuit they have filed now alleges that those in charge of the surgery failed to have adequate policies and procedures in place for dealing with the medical emergency that ended up killing the victim (amongst other claims).

In this particular case, the victim went in for a procedure known as a “Brazilian Butt Lift,” where fat is taken from one part of the body and injected into another. According to the medical examiner, her death was ultimately caused by a fat embolism, whereby the fat is likely injected into the blood too deeply, causing blood globules to be released into the bloodstream and the patient to stop breathing, in this case, sending the patient into cardiac arrest. The NBC investigation found that this particular victim is one of seven women who have died of fat embolisms after undergoing Brazilian Butt Lifts in South Florida alone just in the last six years.

Claims brought by the family not only address the policies and procedures of the cosmetic surgeons involved, but related medical malpractice claims, such as failure to follow acceptable standards of care, fraud, and employing incompetent medical staff for the surgeries involved. The family also claims that the clinic was negligent in failing to perform an adequate evaluation and assessment prior to the surgery; in fact, they contend that she wasn’t even examined by a physician.

According to the NBC investigation team, this particular cosmetic surgery clinic—Encore Plastic Surgery and several associate companies—has evidently changed its name three times in nine years, raising suspicion that there may have been previous incidents associated with the clinic and/or an attempt to potentially avoid the liability associated with this particular incident. The lawsuit also alleges that assets were transferred to the new corporation after the claim was filed in an effort to hinder and delay creditors.

It is important to note that Florida statute requires that a claimant must submit a verified written medical expert opinion at the time the notice of intent to initiate litigation is mailed in order to corroborate reasonable grounds to initiate medical negligence litigation.

The personal injury and medical malpractice lawyers at Friedland & Associates have extensive experience in handling claims against cosmetic surgeons and related medical professionals. We understand the devastation that medical negligence can inflict, and we are committed to achieving justice for victims and their families.

If you or someone you know has suffered due to cosmetic procedure negligence, contact Friedland & Associates to find out how we can help. We serve Fort Lauderdale and the surrounding areas.