Motorcycle Accidents In and Outside Florida 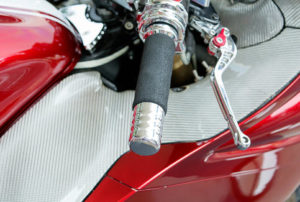 It seems that every day we hear reports of motorcyclist deaths in Florida; with only two wheels and zero exterior protection, they can yield severe injuries when it comes to auto accidents, and often even death. According to the U.S. National Highway Traffic Safety Administration, as of 2006, approximately 72 out of 100,000 registered motorcycles ended up in fatal crashes, resulting in a fatality risk that is 35 times greater for motorcycles than cars. In 2014 alone, more than 4,500 people died in motorcycle crashes.

Motorcyclists are simply more vulnerable than people in cars while on the roads. They are less visible, unprotected, more exposed to the elements, lacking in seatbelts and airbags, more difficult to control, less stable, and often more prone to speeding.  And in some states—including Florida—the helmet law does not apply to riders over the age of 21. This can make even one simple accident absolutely treacherous to a motorcycle rider. With more than 8 million motorcycles on the road, it is crucial that car and truck drivers be aware of what’s at risk when there are collisions between the two.

However, it is also important to note that Florida follows the theory of contributory negligence, which means that if the motorcyclist is partially at fault, the amount that they can recover is reduced by any contributory fault on their part.

That being said, fault sometimes also lies in third parties, for example, if the motorcycle itself was unsafe, or when it was last serviced, someone else was negligent in ensuring that it was safe for use on the road.