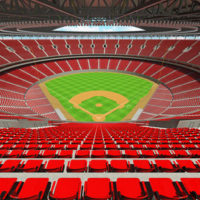 Do sports teams have a duty to ensure that those who attend their games are safe while on the premises? That is the subject of a lawsuit that was recently filed against the Los Angeles Dodgers LLC and two individuals who were accused of beating and causing an individual who attended the playoff game between the Mets and Dodgers in 2015 a traumatic brain injury.

The lawsuit alleges premises liability, negligence, negligent supervision and hiring/retention (of the security staffers), assault, battery, intentional infliction of emotional distress, and loss of consortium, and other, related allegations.

The complaint specifically details that the area outside the stadium was not well-lighted and completely lacked security, allowing a couple to brutally attack the individual, who lost consciousness as a result. Although Dodger security staffers did eventually respond, the lawsuit alleges that they took too long.聽 Specifically, by failing to install proper lighting in the parking lot, a dangerous condition was allegedly created, which allowed criminal activity to go unnoticed and undetected.

The individual defendant has been accused of striking the victim in the head, knocking him to the ground, then, with his mother, kicking him. When one of the defendants was arrested four months later, he pled no contest to one count of assault leading to severe bodily injury. This same defendant has reportedly been named in yet another lawsuit, which alleges that he is the member of a gang which harasses people and is specifically engaged in sexual harassment.

A History of Premises Liability Issues for Dodgers

This isn鈥檛 the first lawsuit brought against a sports team alleging injuries as a result of negligent security: In 2014, another sports fan was awarded a multimillion-dollar ($18 million) verdict by a jury after being beaten in a Dodgers Stadium parking lot and suffering a permanent brain injury and disability.

Teams like the Dodgers know that thousands of people attend their games and are swarming outside the stadium after the game is over, with tensions sometimes running high. There is no question that the sufficient level of security needs to be present and intervene in physical attacks in a timely manner. It should not take security so long to reach the scene of physical violence that individuals risk suffering permanent brain damage as a result of an altercation.

Let Us Help You Today

When you purchase a ticket to go to a game, those who own the stadium have a duty to ensure that the stadium premises are reasonably safe for you. If you are injured or killed because of negligent security, you may have a personal injury claim.

At Friedland & Associates, we are committed to helping victims of negligent security and premises liability. Contact us today for a free consultation and find out how we can help you.