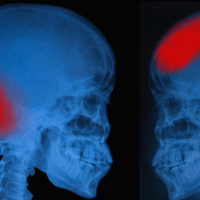 While traumatic brain injuries (TBIs) have long been linked to dementia, there have been very few long-term studies focusing on this link鈥攖hat is, until now.

TBIs are a leading cause of death and disability in people under the age of 45 all over the world. They are also associated with a broad spectrum of pathophysiological symptoms, usually followed by a long-term disability. Dementia is one such neurodegenerative disease associated with TBIs, and has far-reaching medical and social implications.

Of course, researchers also recognize that there additional, complicated factors involved in some of these results; for example, instances where dementia led or contributed to the development of the injury, or the possibility that those who suffered from TBIs were more likely to be monitored after their injury and thus dementia might be more discoverable in general. Still, even taking potential variables into account, the study concluded that the risk of dementia increased for decades after individuals incurred a TBI.

Some of the most headway that has been made on the link between TBIs and problems later on has focused on the link between NFL players, brain damage, and chronic traumatic encephalopathy. As a result of these studies, a series of lawsuits have been filed claiming that the NFL did not acknowledge or adequately inform players of the risk and consequences associated with repeated brain trauma caused by injuries incurred during the game.

Specifically, one lawsuit filed by more than 2,000 players not only alleged negligence on the part of the NFL, but also that it exacerbated and otherwise contributed to the problem by promoting violence as part of the game, all while purposely and fraudulently concealing the consequences of repeated head injuries.

As we have access to more and more research on the link between TBIs and serious diseases such as dementia, the more likely that TBI victims will be able to hold those responsible accountable, with the hope that we are ultimately taking TBIs more seriously and working harder to prevent them as well.聽

If you or a loved one has suffered from a traumatic brain injury, it is crucial that you visit a doctor as soon as possible. Ignoring these types of serious injuries can lead to dangerous consequences, even decades later. Given the medical repercussions later in life, speaking with an attorney is also advisable, particularly if your injury was someone else鈥檚 fault.

Contact one of our experienced Florida traumatic brain injury attorneys at Friedland & Associates today to find out how we can be of help.