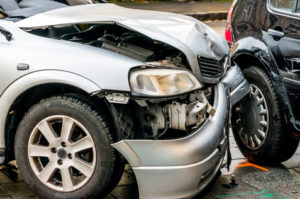 September was, unfortunately, a busy month for safety violations involving rollover accidents and tire defects. For example, a jury awarded a severely injured truck driver $1.2 million concerning an accident that was due to a tire tread defect manufactured by Hankook Tire Co. LTD after his right front tire separated, causing him to lose control of his truck and suffer such severe leg fractures that he had to have a hip replacement.

In addition, there have been several tire recalls demanded by the National Highway Traffic Safety Administration (NHTSA): Specifically, Tireco Inc. had to recall close to 12,000 truck tires, and Goodyear 1,650, after NHTSA found significant issues with these tires that could lead to injuries and possibly deaths. Affected Tireco tires had been marked “DUAL” instead of “SINGLE,” potentially causing the driver to overload the tires, while the Goodyear tires featured incomplete adhesion between the tread and top belt, resulting in tread separation and increasing the risk of accidents.

If tires are recalled, it usually because there has been a major error that could give rise to serious auto accidents and/or injuries. In particular, when tire defects are combined with other issues—such as exceeding the speed limit or certain weather conditions—they can result in hundreds of deaths each year.

The most common issue with tires tends to involve tread separation, which can occur during the manufacturing process. This is typically due to the use of improper materials or failing to adhere to the appropriate manufacturing process, resulting in the driver being unable to control their vehicle. Tread separation on an SUV is even more deadly than other cars, correlating with a higher chance of accidents, injuries, and death.

Many people likely remember the Firestone and Ford tire controversy, whereby there was a documented cover-up by Ford and Firestone concerning a tread separation defect. Supposedly, company engineers had recommended changes to the car’s design after it rolled over during testing, but these recommendations were largely ignored. Instead, prior to placing the cars on the market, Ford allegedly simply decreased the tire pressure, thereby allowing heat to damage the tires and cause tread separation. Consumers who then drove the car at a particular speed risked having the car roll over if tread separation occurred, resulting in close to 250 deaths.

If you or a loved one has been injured or killed as the result of a rollover and/or tire defect accident, speak with one of our experienced personal injury lawyers at Friedland & Associates right away, free of charge. You and your family deserve to be safe on the roads, and manufacturers cutting corners to save costs can result in catastrophic accidents. We can help you obtain the compensation you need to cover medical bills and any pain and suffering. Contact us today.