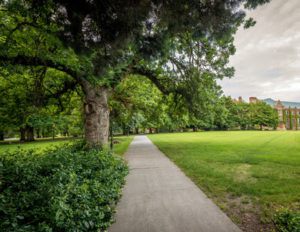 It seems like every day, university campuses are becoming more and more dangerous. In fact, according to U.S. News & World Report, 15 percent of freshmen women report having been raped while at college. And, according to this recent study, those who have already been the victims of assault once are evidently also the highest at risk of being victimized again.

This should be enough to frighten both parents and administrators alike; and yet, many campuses appear to be in a state of denial. As a result, some students have now found themselves in the position of having to sue the universities for, amongst several claims, having negligent security practices, in order to bring about change.

Sadly, many of these stories sound very similar: a female student attends a party, whereby there is drinking, and a rape occurs. The victim then reports the rape to the proper authorities, who then fail to take any meaningful action, including expelling the student responsible for the rape and otherwise complying with state and federal laws concerning how to handle sexual assault incidents.

The Campus Sexual Violence Elimination Act of 2013 (“Campus Save Act”) does several things, one of which is clarifying the minimum standards for institutional disciplinary procedures covering sexual assault and related issues—such as dating violence—to ensure that:

In addition, all incidents of sexual assault and dating violence must be disclosed in annual campus crime statistic reports and students or employees reporting victimization must be provided with specific written rights under the law.

Unfortunately, Florida is no stranger to this problem: Florida State University (FSU) was recently the subject of derailing rape cases against one of their students, who was considered to be a “star athlete.” FSU abandoned its mandate to investigate all reported cases and proceeded to shut them down. It was eventually revealed that FSU’s victim advocate office had over 110 sexual assault reports in 2014 alone, but only reported 14 of them to the federal government. To date, when perpetrators are found responsible, expelling the student responsible is still not an option considered by the school.

Property owners—including universities—have a duty to maintain premises so as to be reasonably safe for students and others who are lawfully on the property. If a student or other guest is harmed on that property, the university—as the property owner—could be found negligent (similar to any other property owner who fails to make their property safe for guests).

The Fort Lauderdale premises liability and personal injury lawyers at Friedland & Associates are committed to holding universities and other property owners who fail in this capacity responsible for any injuries that result. Contact us today for a free consultation—we are here to help.